Sexism in Media: From Acceptance to Intolerance

Nakatikim ka na ba ng kinse años?” (Have you ever tasted a 15-year-old?)

Sixteen years ago, Philippine liquor brand Destileria Limtuaco released a Napoleon Quince advertisement with this tagline. It didn’t take too long for Filipinos to recognize the sexual innuendo behind the question that sparked disapproval from the public.

Women’s groups (e.g. GABRIELA), National Commission on the Role of the Filipino Women (NCRFW), Archdiocese of Manila, and even several politicians protested against Destileria for promoting their product in a sexist manner, further emphasizing how they seemingly ‘endorsed’ sexual abuse on young women. Despite the backlash, Destileria didn’t budge or attempt to take down their advertisements even though there were efforts to boycott the brand, claiming how the protests were a result of “malice in the minds of the readers.”

Destileria Limtuaco was not the first company that used misogynist methods to grab the attention of their audience. Scantily clad women in commercials, men’s attempt in portraying another gender in television shows with the intention of being comical, or prints that implied that there exists a ‘stronger’ sex have been commonplace in the advertising industry. And unfortunately, in a patriarchal society such as the Philippines, this is just one of the various advertisements— or even in other forms of media —that still utilizes sexism as a marketing strategy.

How is sexism portrayed in advertising?

Albeit it being frowned upon, sexism is not an entirely unfamiliar tactic in marketing as it dates back to the early 20th century. It has been extensively employed in print media to the point that posters wherein women were stereotyped as incompetent and subservient to men were nothing new.

What added insult to injury was the fact that these promotions encouraged women to be incredibly skinny to get male attention.

Despite how futile it would be to achieve the unrealistic body standards shown in numerous advertisements, the products still sell. So it was clear that sexist media normalized the objectification of women, enticing  people to disrespect the well-being of women and make them victims of physical and verbal abuse.

Even up until the 1980s, there was little to no progress at all in varied platforms.

But today’s advertising is quite a different story.

Now that we’re in the age of social media, perceptions about what is acceptable are rapidly changing for the better. Matters regarding sexist advertising that can  lead to prejudice against any gender are now being discussed.

Promoting content that depicts an individual— whether it is a man, woman, or a member of the LGBTQ+ community —with the wrong approach will certainly draw flak from your consumers. Companies will now have to accomplish damage control to earn their trust back and avoid the likelihood of being boycotted or called out, which will further damage their reputation.

On the other hand, other brands have created advertisements that strive to break gender stereotypes that still prevail in the present-day. However, consumers should be mindful that brands may have utilized such movements as their marketing strategy without presenting concrete initiatives that aim to mitigate sexism.

Since media is everywhere, companies have become highly conscious of how they market their products or services to avoid being the target of criticism.

We may be in the year 2020, but advertising and media are still a long way from being wholly empowering and inclusive. Just when we thought that sexism is no longer tolerated, a number of exceptions have proven us wrong.

The social media post received a lot of backlash as the online community pointed out that it promoted sexism. Some comments indicated that the words used, especially “sarap sapakin” and “tirisin” were gravely offensive.

A Facebook user even stated that “it’s gonna cultivate disrespect against women.” Others even mentioned that the name of the brand itself was discriminatory because it highlighted the stereotype that women are moody and temperamental.

About a month ago, the popular TV comedy show “Bubble Gang”, was under fire as it released a short segment that offended the LGBT community. Entitled “Lalake, Babae, Bakla,” the 90-second Twitter video highlights the differences in terms used by heterosexual males and females in comparison with those used by gays.

The stint was received negatively due to its insensitive portrayal of gay lingo and how it is mostly attributed to sexual innuendos. Netizens criticized Bubble Gang for its outdated content, taking into account that in this day and age, homophobic behavior is unacceptable. 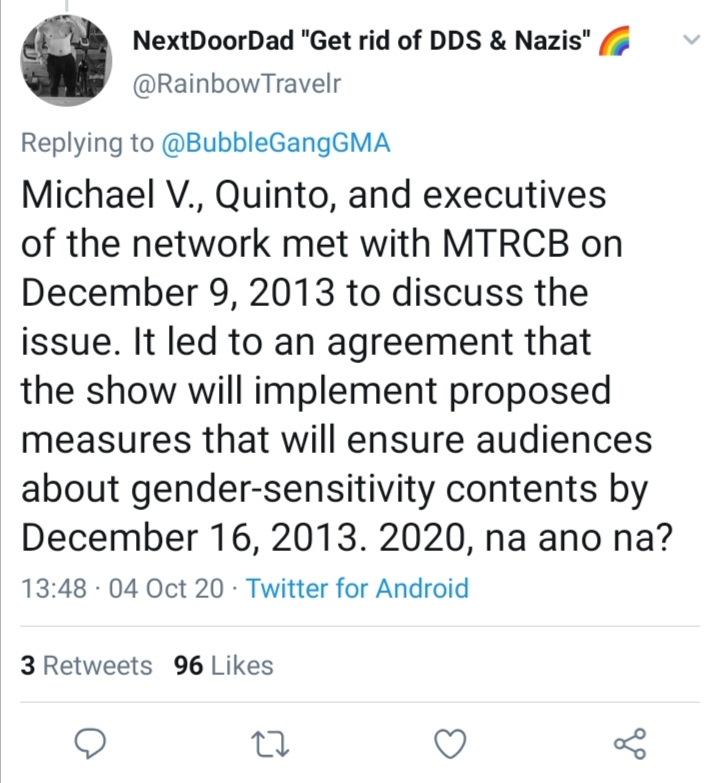 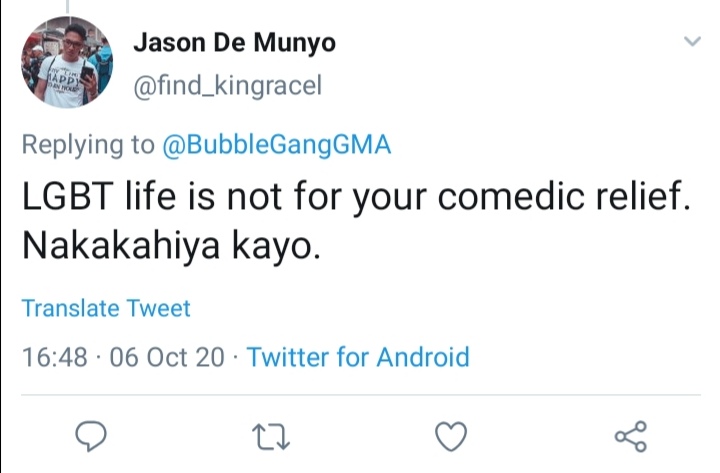 Where does sexist media stand now?

It is evident that our reception of sexist advertisements has evolved from acceptance to intolerance. This is because of the changes in society’s perception of sexism brought about by continuous study, and its reinforcement through discussion in social media.

Advertisements have become highly influential to date, surpassing the notion of simply selling products to become an avenue that forwards ideas and sparks change. It is therefore the responsibility of advertisers to ensure that whatever gets put out there is ethically sound, and the duty of consumers to be critical of the advertisements that they come across.

As discussed through the examples earlier, it is clear that some consumers are doing their part. Through social media interactions, they are able to voice out their opinions and criticisms, as well as make other people aware of the valid contentions they have regarding a certain sexist advertisement or even any problematic advertisement for that matter.

Still, our examples also show that despite the increase in gender-sensitive ads coupled with the current behavior of consumers towards sexist advertisements, many businesses still promote their products with underlying sexist ideas. Though some may claim that it is unintentional, the fact that an advertisement has already been released and seen by the general public could not simply be erased.

Advertisers must always remember to research on the market, its behaviors, and other factors that need to be considered before an ad makes its way to billboards, television screens, and social media. More than that, they must be empathetic towards their customers and considerate towards society’s current ideals.

At the end of the day, the question that needs to be pondered on for consumers and advertisers alike is this: Have we really come this far to just go back and create ads that objectify women and treat LGBT members as a form of amusement?
We trust that you know the right answer.

Genete, J. A. (2014). The Stereotyped Versus the Empowered:The Filipina Image in Local

Harveston, K. (2018, April 28). Sexism in advertising: When will they realize that times have

In a long history of sexist ads and outrage, it’s the apology that’s new (n.d.). The New York

Quinto, and executives of the network met with MTRCB on December 9, 2013 to discuss